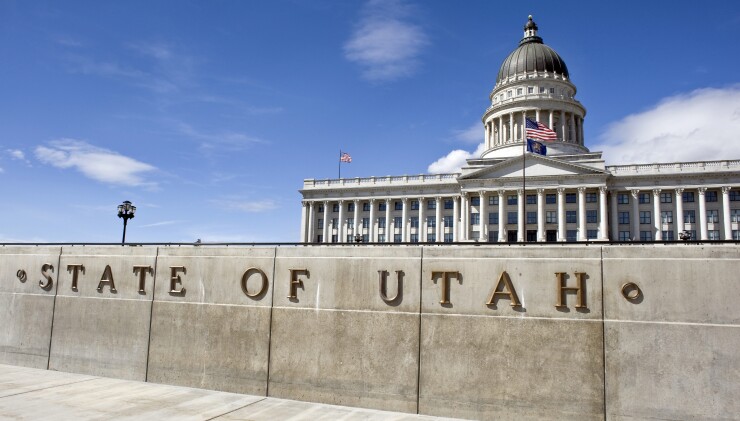 The Utah Inland Port Authority (UIPA) should complete a master development plan before tapping proceeds from a 2021 bond issue, according to a limited review state audit released this week.

The quasi-governmental entity issued $150 million of bonds in December to finance an intermodal transportation center in Salt Lake City.

The report by the Legislative Auditor General’s office said while UIPA released a multi-year strategic business plan in 2020, it needs to prioritize the creation of a master development plan with stated goals and purposes prior to any major expenditure of bond proceeds unless its board approves an exception.

The unrated tax differential revenue bonds were sold by UIPA Crossroads Public Infrastructure District despite environmental protests and an ongoing lawsuit by Salt Lake City that raised constitutional concerns related to the authority’s use of tax increment financing.

The Utah Supreme Court in late June affirmed the dismissal of the city’s challenges to certain zoning provisions in the Utah Inland Port Authority Act but ordered a supplemental briefing on challenges to the act’s tax provisions.

“UIPA has not spent any funds to date on infrastructure projects from the 2021 series bond and is working through the master development plan to identify highest and best use to maximize development and invest in infrastructure within the jurisdictional area,” UIPA Deputy Executive Director Jill Flygare said in a statement.

The audit said while UIPA “has the potential to deliver significant economic benefits to Utah,” it needs to improve control and governance in some areas of its operations. Auditors noted gaps in organizational structure that reduce internal controls, and the need for stronger procurement and contract management.

UIPA’s board had asked the audit team to provide direction on potential risk areas. In its response to the audit, the agency said it has already taken “several significant steps towards ensuring compliance with the recommendations.”

The UIPA was created by the legislature in 2018 as an independent development authority focused on supply chain logistics.  A law enacted earlier this year formed a State Finance Review Commission with oversight of bond issues by the UIPA and other newer development agencies.